back to listing
Live Events
Saturday

Brought to you by fabric and Bad Vibrations. Bristol's Scalping present The Void, a huge new headline show at Village Underground on Saturday 19th November.

In April 2022 Scalping released their debut album VOID via fabric's sister label Houndstooth to waves of critical acclaim. Following a huge debut at fabric in May and a summer playing an array of festivals, Scalping are throwing another big party to close out the year.

The Bristol based techno, noise and hardcore band will perform live alongside the incredible Infinity Division (FKA Minimal Violence) also playing live. DJs LUXE, k means and a very, very special (yet to be revealed) guest, are all invited for this late-night show. 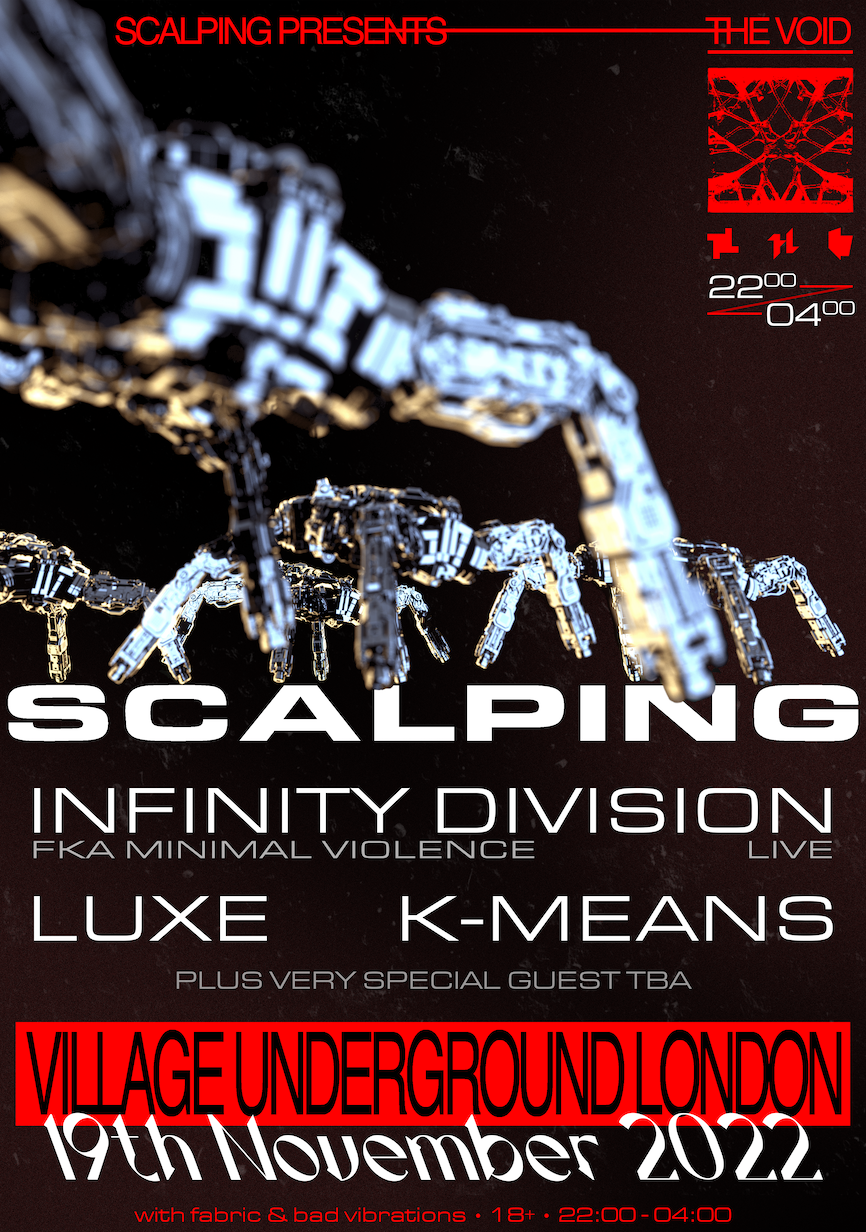