Hannah Holland’s role in London’s alternative and queer scene goes back over a decade ago. In the mid 2000’s, she began exploring the lines between techno, electro and house music whilst also being heavily influenced by the D&B and Jungle raves of which she spent most of her teens.

London served as the ultimate melting pot and hub for development, nurturing Holland’s unique sound which took her through residencies at iconic events such as Trailer Trash, to festival stages such as Glastonbury’s NYC Downlow and to extended sessions at Panorama Bar and across Europe.

She also heads up the Batty Bass imprint, founded in 2009 as a label and event series, it provided a platform for her own explorations as well as one for artists such as our own resident Josh Caffe, The Carry Nation, Lauren Flax & more.

As a producer, Hannah has collaborated alongside Josh Caffe on Crosstown Rebels whilst also taking up remix duties for legendary figures such as DJ Hell, Goldfrapp, The Knife and Planningtorock.

Hannah joins us for 003 in the fabric podcast, ahead of her appearance at fabric on July 2nd where will be celebrating Pride with HE.SHE.THEY. Also on the night is Cassy, TAAHLIAH, Anna Wall, Massimiliano Pagliara & lot’s more.

Our annual Pride Weekend events are always one for the books. This year, we’re incredibly excited to be teaming up once again with London’s premier queer rave and dance collective HE.SHE.THEY. Tickets below... 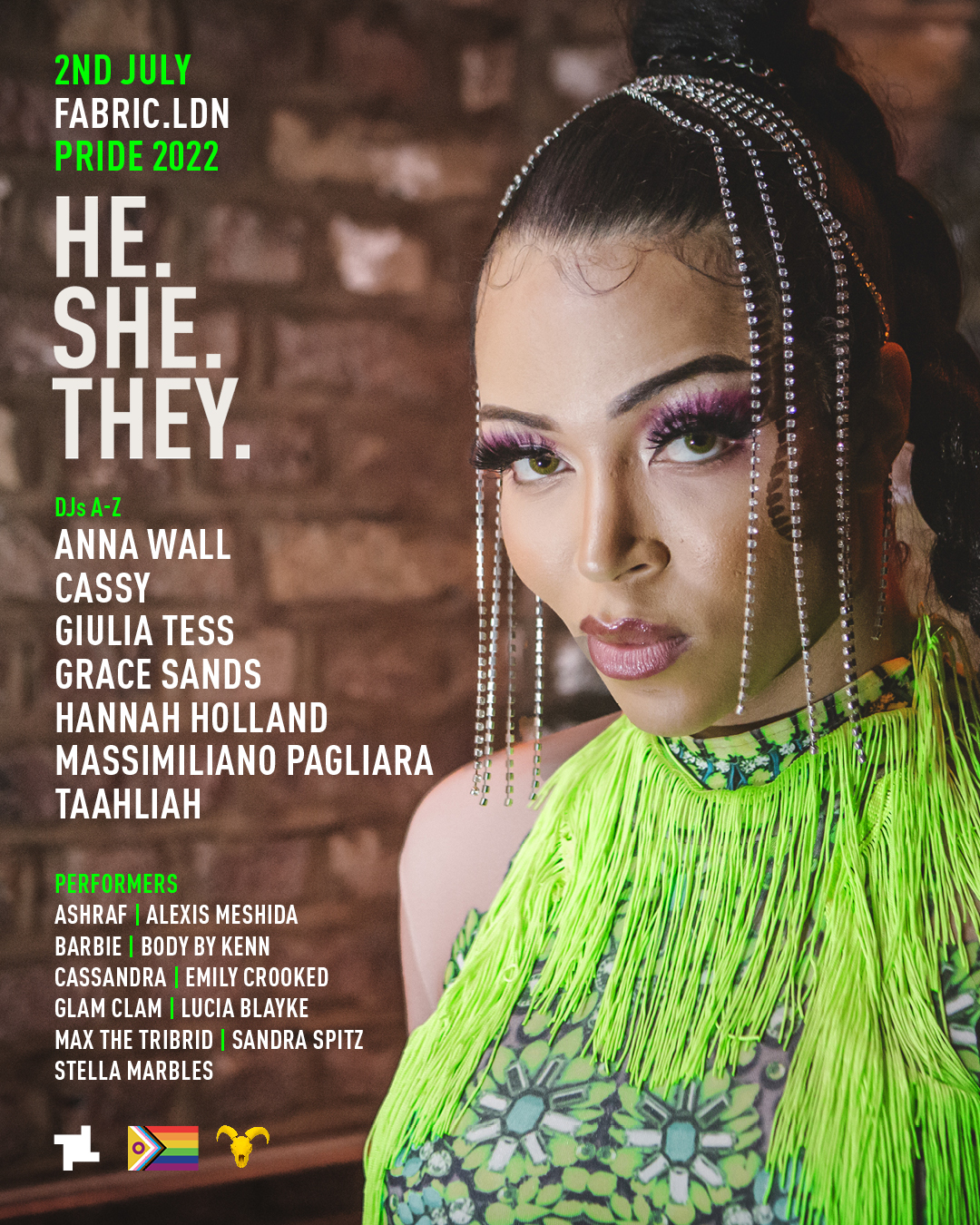