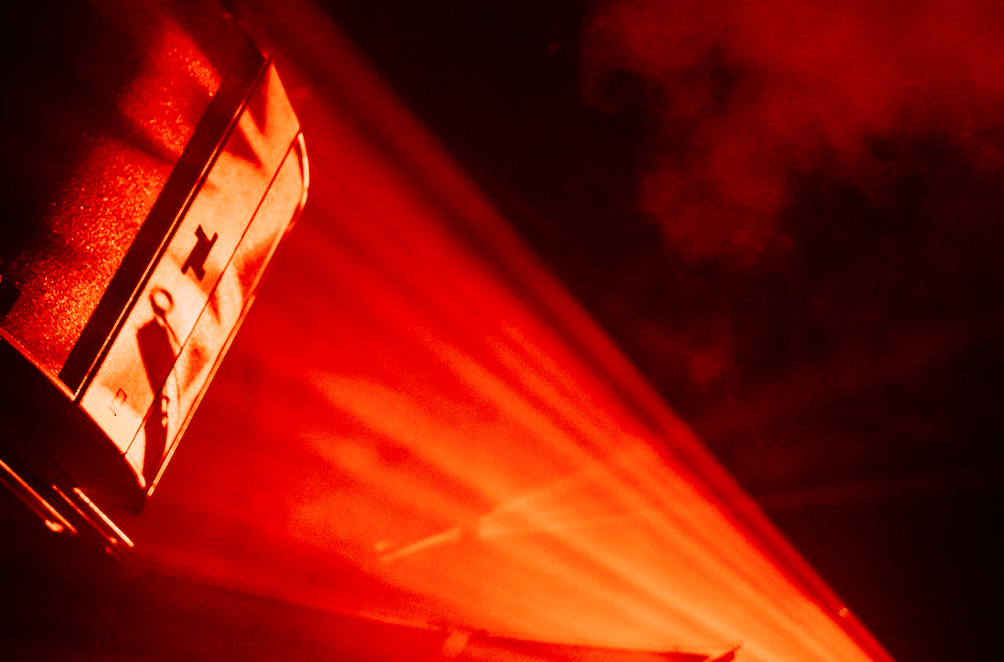 The partnership will kick off with My bodily remains, your bodily remains, and all the bodily remains that ever were, and ever will be. (Down, skin, pelt, vellum, alert tangled roots, subcutaneous flesh, subterranean blind life), a new performance commission by artist Tai Shani for Art Night, which will be staged here at the club on 25th October. My bodily remains will feature an original live score by Shani’s long-term collaborator Maxwell Sterling and Richard Fearless (Death in Vegas).

The museum is closing its doors at its main site at London Wall on 4th December ahead of its relocation to West Smithfield, where it will occupy market buildings and save the historic General Market for generations to come. Situated opposite the museum’s new location is of course, us. Our location, in a renovated Victorian building once used as the Metropolitan Cold Stores, is one of several refrigerated warehouses serving Smithfield Meat Market. This unique cultural partnership brings our two historically connected buildings back together. As we celebrate our 25th anniversary in 2024, the museum will collaborate with us to mark this special milestone and celebrate its impact on London’s nightlife and music scene.
‍

‍
The museum will also work with fabric in 2025 for a festival curated by Londoners hosted in and around the new museum building at West Smithfield, offering Londoners a chance to see the restored General Market building alongside music, art commissions, food and events inspired by London and all its people from the past, present and future. We will also be involved in the museum’s opening in 2026, where it will formally undertake its position as nightclub in residence.

Sharon Ament, Director, Museum of London, said: “From DJ EZ to Jossy Mitsu, fabric has been at the forefront of the international electronic music scene for decades. As we embark on our exciting new journey, we are thrilled to join forces with fabric – our soon-to-be neighbours and one of London’s most iconic cultural spaces. Our collaboration will create special moments and memories for Londoners and visitors to the city. The first of many collaborations to offer new perspectives on London’s story.”

Cameron Leslie, Co-Founder, fabric, said: "fabric are thrilled to be teaming up with our friends and soon to be neighbours at the Museum of London on this new venture and residency. It is a significant moment for us in our journey to establish fabric as a key cultural brand and represents a core milestone for the venue as we move towards our 25th birthday in 2024. As well as communicating fabric as a core cultural space, we’re also on a mission to promote electronic music as an art-form. This new residency reflects this and we’re delighted to be hosting the first event in the partnership featuring a special performance commission by Turner Prize Winning Artist Tai Shani on 25th October.”‍

My bodily remains, your bodily remains, and all the bodily remains that ever were, and ever will be. (Down, skin, pelt, vellum, alert tangled roots, subcutaneous flesh, subterranean blind life) by Tai Shani will be performed at fabric on 25th October 2022. It will feature an original live score by Shani’s long-term collaborator Maxwell Sterling and Richard Fearless (Death in Vegas).

Presented by Art Night and the Museum of London, My bodily remains is supported using public funding by Arts Council England, with further support from Simmons and Simmons, Mishcon de Reya and Nicoletta Fiorucci Foundation.

The collaboration is a precursor to Art Night’s transition to a national, biennial contemporary art festival, with the first new model festival planned for 2023 and to be announced before the end of 2022. This work by Tai Shani will be re-staged for the 2023 festival.

To live stream the performance on 25October 2022, visit: https://youtu.be/4PXO5mESGeI

In 2021, Art Night went national for the first time, engaging with audiences at a range of museums, galleries and outdoor spaces across the UK as well as being open to audiences globally through a series of newly commissioned online works.  In 2023, this format will be developed further, and cemented with a biennial festival in a UK location to be announced in the Autumn. Since 2016 Art Night has commissioned 60 new artworks and attracted 300,000 live audiences, 800,000 digital and an additional 2 million via touring, museum acquisitions and national projects.

In four years, Art Night has attracted 260,000 live audiences with an additional +2 million through touring, museum acquisitions and longer displays.  50 artists  have presented major new commissions, and 150 artists showed work as part of an open call sister programme - the Art Night Open which ran from 2016-2019. 10,000 participants have actively taken part in Art Night projects; these include local residents, community projects, amateur dancers, choirs and young people from 30 different schools. 2.6 million has been raised and invested in artists and the local economy through 120 partners and funders, and with the support of 6 business improvement districts and 8 local authorities. Art Night was featured in more than 650 articles and reached 40 million views on social media since 2016. Art Night is proud of the work done to support those less familiar with contemporary art in attending the festival, 80% of recently surveyed audiences were not familiar with the artists, contemporary art or disciplines experienced.

About the Museum of London  ‍

The Museum of London tells the ever-changing story of this great world city and its people, from 450,000 BC to the present day. Our galleries, exhibitions, displays and activities seek to inspire a passion for London and provide a sense of the vibrancy that makes the city such a unique place.

A fixture on London’s cultural scene since first opening in 1976, the museum is moving house. It will close its doors at its current site at London Wall in preparation for its relocation to a new home at West Smithfield, where it will occupy historic market buildings and open up to millions more visitors. The new museum will reopen in 2025 under a new name: The London Museum. Starting in July 2022, the museum will celebrate 45 years at London Wall with an exciting programme, including two closing weekend festivals which will welcome visitors to the site one last time for an epic leaving do.

The museum is open Monday - Sunday 10am – 5pm and is FREE to all. You can explore the Museum of London with collections online – home to 90,000 objects with more being added regularly. www.museumoflondon.org.uk.