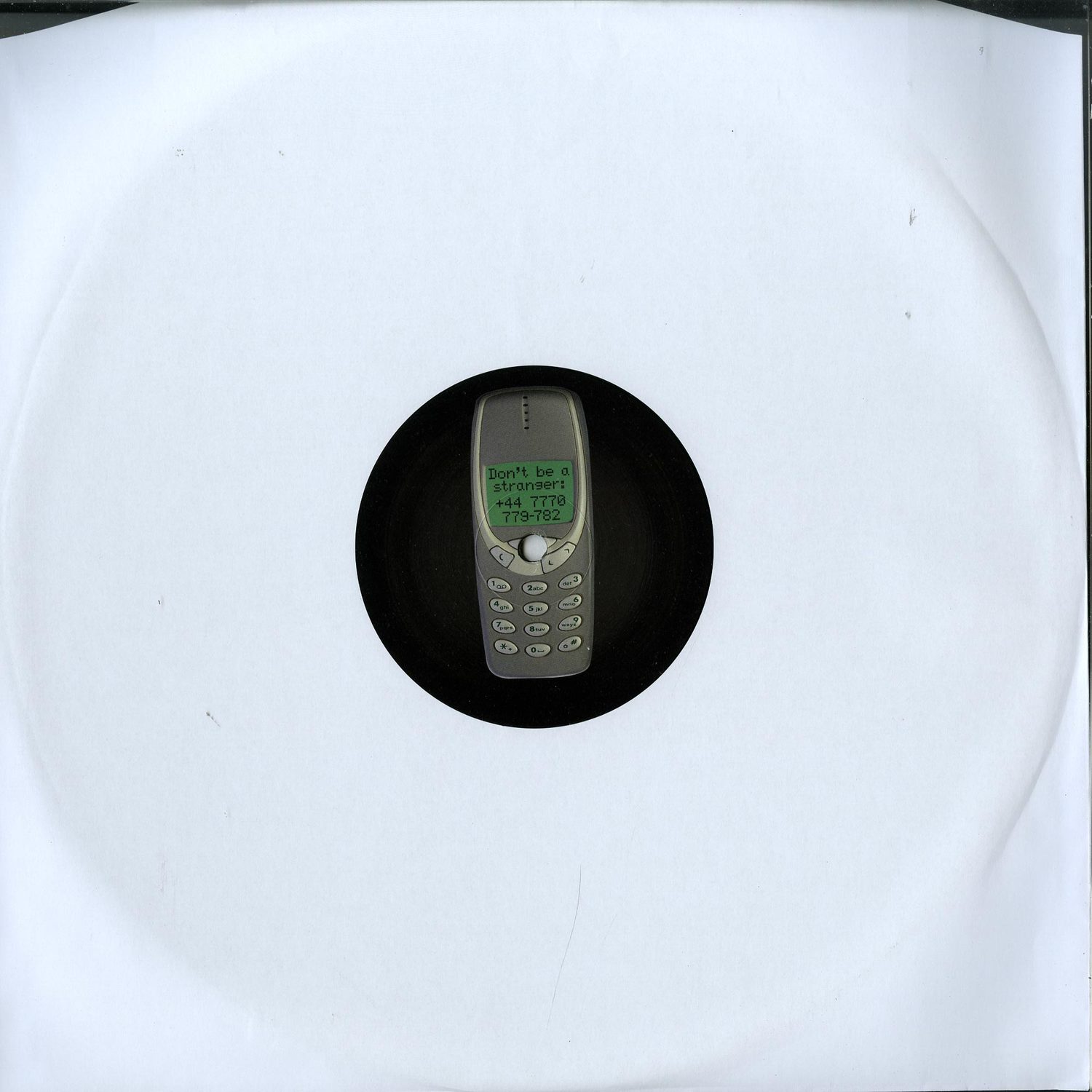 Get to know Phone Traxxx: The elusive project creating a buzz in the world of UKG

“Ring-a-ding-ding. Phone Traxxx coming through with the finest polyphonic
ringtones and UKG. Strictly for citizens of the syncopation nation – these
beats swing harder than your parents on holiday.” [Phone Traxxx Volume 1]


Flashback to the early 00s. UK garage was at a high point, club MC culture was thriving, pirate radio ruled the underground and the Motorola T720 flip phone was the in demand accessory. Some call this the golden era of garage in Britain. Perhaps even, the golden era of the mobile phone itself.

That’s what Alec Falconer, one third of UKG entity and label Phone Traxxx, thinks anyway. Arguably, Britain’s nostalgic relationship with garage and semi-recent revival of the genre is summed up pretty perfectly through the Phone Traxxx project. This UKG collective puts 00s era mobile phones  – get ready for a hit of nostalgia – at the centre of its concept and imagery.

Ever since its very first permeations in the mid-late 90s garage has of course bloomed, reshaped, and been reimagined many times over. Alec Falconer, Harry Wills and Rob Amboule, all successful producers and DJs in their own right, formed Phone Traxxx in 2017 with the help of Benjamin Stager at Oval Distribution who distributed the project. They landed at an interesting moment dubbed as a semi-resurgence of UKG. It was a time when relatively few labels were putting out garage – Dr Banana was only up to 2 or 3 in the series and after the noughties hayday of classic garage bangers, a new wave of producers were starting to make a buzz under the radar.
‍

Phone Traxxx began as a no-name project. No one knew who was putting out the records and that was part of its tongue-in-cheek ambiguity. The concept was simple and unique – a UK phone number printed on the centre label of a Phone Traxxx release, the words "don't be a stranger" written underneath. Call the number, you’d hear another track on the answerphone message. You might even get a direct line with the producers themselves.

“Originally, the 4-different tracks you heard from calling the answerphone on the first four releases would make up the 5th release,” explains Rob, when we spoke appropriately over the phone. “Ultimately, we had all improved as producers by the time the 5th record came out that we didn't stick to the idea. But the phone number did give us a really interesting direct line with people who were into the project. We'd buy phone credit and just text them back with more stupid easter eggs to send people guessing.”

Old school feedback sheets were also included in their releases, asking anything from ‘what’s your favourite track?’ to tongue-in-cheek questions like ‘what’s the best phone you’ve ever owned?’ and ‘can we jump on your hotspot?’. Listeners would send them back in and an analog rapport was soon developed between listener and artist. Phone Traxxx have even posted a few highlight responses on the Phone Traxxx ‘ringringstagram’ page over the years – ‘Why did you buy this record?’ – ‘Wanting to increase the garage collection with FIRE records!’

The handsets used in the imagery on their releases went from the classic Nokia 3310 – remember that chunky, smooth exterior and sticky, bubble buttons – right through to the Blackberry Pearl, The Motorola RAZR and the bizarre teardrop shaped Nokia 7600 – all chosen because these were the phones of our childhoods, Alec explains. He recalls “the glory years” of mobile phones, way before the iPhone made its debut and how the choice of phone on the release “was actually often debated harder between us than the tracklisting!”.

The phones that appear on all 5 Phone Traxxx volumes is the central playful concept behind the brand. All created by Julien Riganti, creator of the innovative cycling and culture brand 8000watt, the designs, whether intentional or not, harks back to that particular era we all played snake on our phone – and an era of garage that Phone Traxxx often reference in their tracks and live production, albeit with a modern twist.

Although Phone Traxxx at its core was a UKG inspired project, particularly about 2-step in the beginning, today Phone Traxxx moved more towards 4x4, garage house, bassline and breaks. The tunes themselves are packed full of delicious basslines, gritty grooves, phatt funks and nostalgic vocals that hit just at the right moment. The tracks are individual productions. Left anonymous, designed to keep listeners guessing as to who, and how many, producers were behind the tracks.

Their distinct sonics come fully to life in any Phone Traxxx live set. But the Phone Traxxx sound might not be quite what you expect. It’s not that geeky, bleepy hardware stuff by nature. Harry tells me it was almost all made on Ableton "in-the-box" and uses a lot of samples – “we wanted to bring this vibe to our live set.”

All three get involved with the live project; Rob controls an Elektron Octatrack to do the drums – “It's got quite a beefy sound and is very much geared toward live-sets in the architecture of the machine. Not to mention the fact that, with a little love, it all comes out sounding really good and beefy” says Rob. Meanwhile Harry, whom Alec dubs ‘The Conductor’, controls the chords, melodies and basslines via Ableton live, and Alec is the man behind the 64-button Launch Control. “A good portion are breaks, and the rest are useful samples that any self-respecting garage musician wouldn't take to the stage without” Alec explains – think ‘wheel-up-signal.wav’ and the Craig David ‘boink’. This’ instrument’ then gets fed into a separate input on the mixer controlled by Alec which has a Roland Space Echo available to bring some live dubbiness to the offering.

Although Phone Traxxx were anonymous at the start, the rapport and interaction the three producers built up through their feedback sheets and telephone comms carved them an interesting space in the scene. Reflecting in part the interactive nature of garage music itself – never quiet, always evolving.

They closed the release series at 5 as was always intended. Despite a successful rapport, the Phone Traxxx number (+447770 779 782) was eventually turned off for 3-months and Vodafone sent it back into circulation. Someone, somewhere is going to get a new phone number and find out that their new number is printed on the centre label of thousands of records. I ask what might be next for the trio, but the future is perhaps as ambiguous as how the project first started. No new releases are planned, but as they say, never say never. The three also hinted that they might be working on other no-name projects – some might already be out there. But we won’t be giving any more away on that for now….

Much like where garage itself is headed, the sound of Phone Traxxx is at once both nostalgic and new. Forward-thinking UKG that pays homage to the genre’s classic sound – but uniquely, the artists take a back seat, with little online presence (at least in the beginning), letting the phone imagery, and the tunes, speak for themselves.

Now two years on, a pandemic overcome, UKG culture is in a ripe position to thrive and evolve and continues to move dance floors across the country. fabric’s own relationship with garage – and the genres that fused and formed off its back – is long-standing, a form close to our hearts at the club and one that always has, and always will, have a place to be played on a Friday night in Farringdon.

Phone Traxxx join Dr Banana, Jacques Greene, Aletha, Jay Carder, Nick Höppner, TEED & more for a wide-scoping FABRICLIVE on 4th March in a curated line-up that at once pays homage to the past and welcome in the future next generations of the scene and pioneers of a flux of genres. Think 2-step, breaks, bassline, UKG and beyond.

Phone Traxxx sum up this blend of past and present quite aptly, and undoubtedly the vibes this week will be nostalgic and forward-thinking in equal measure. 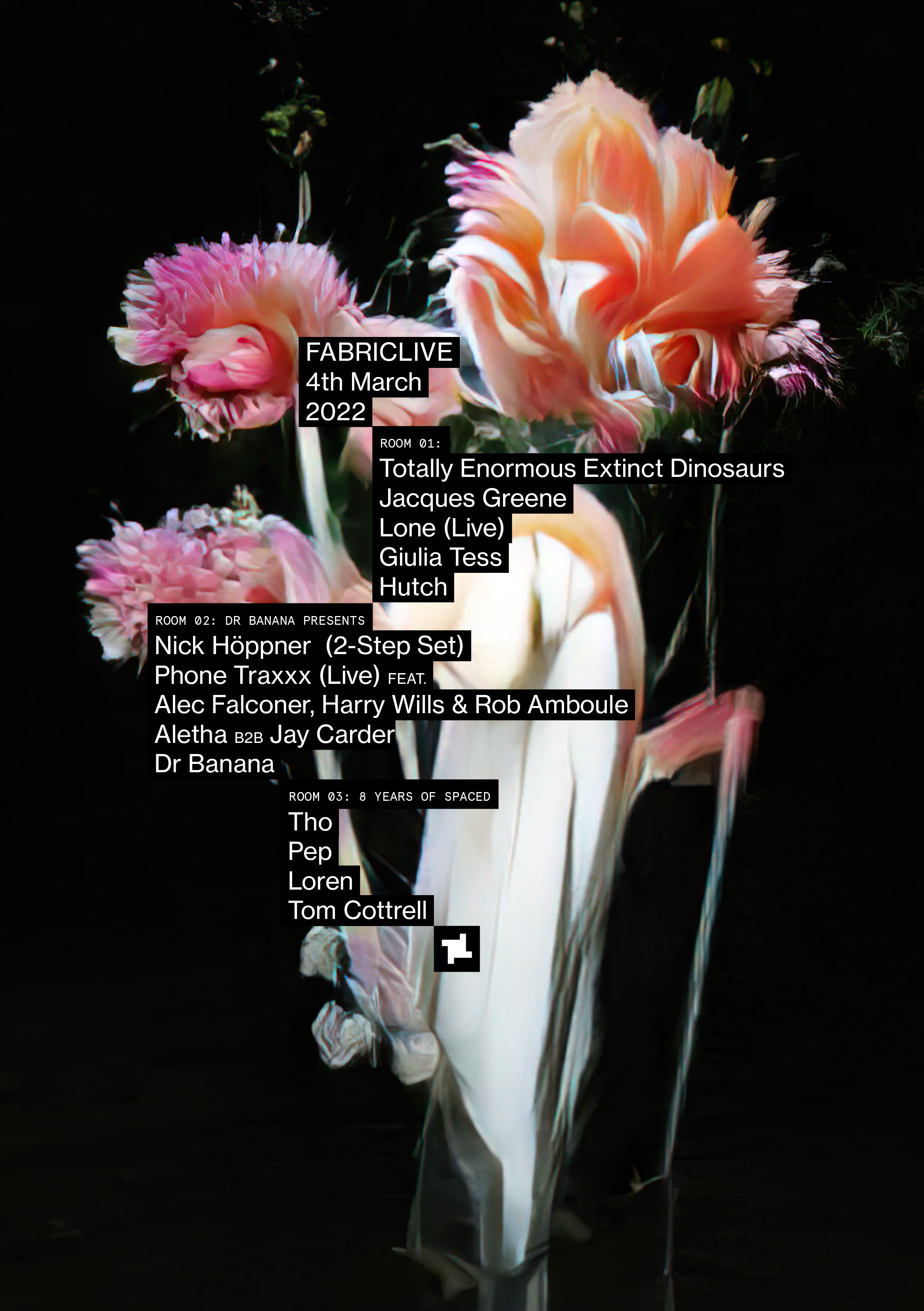