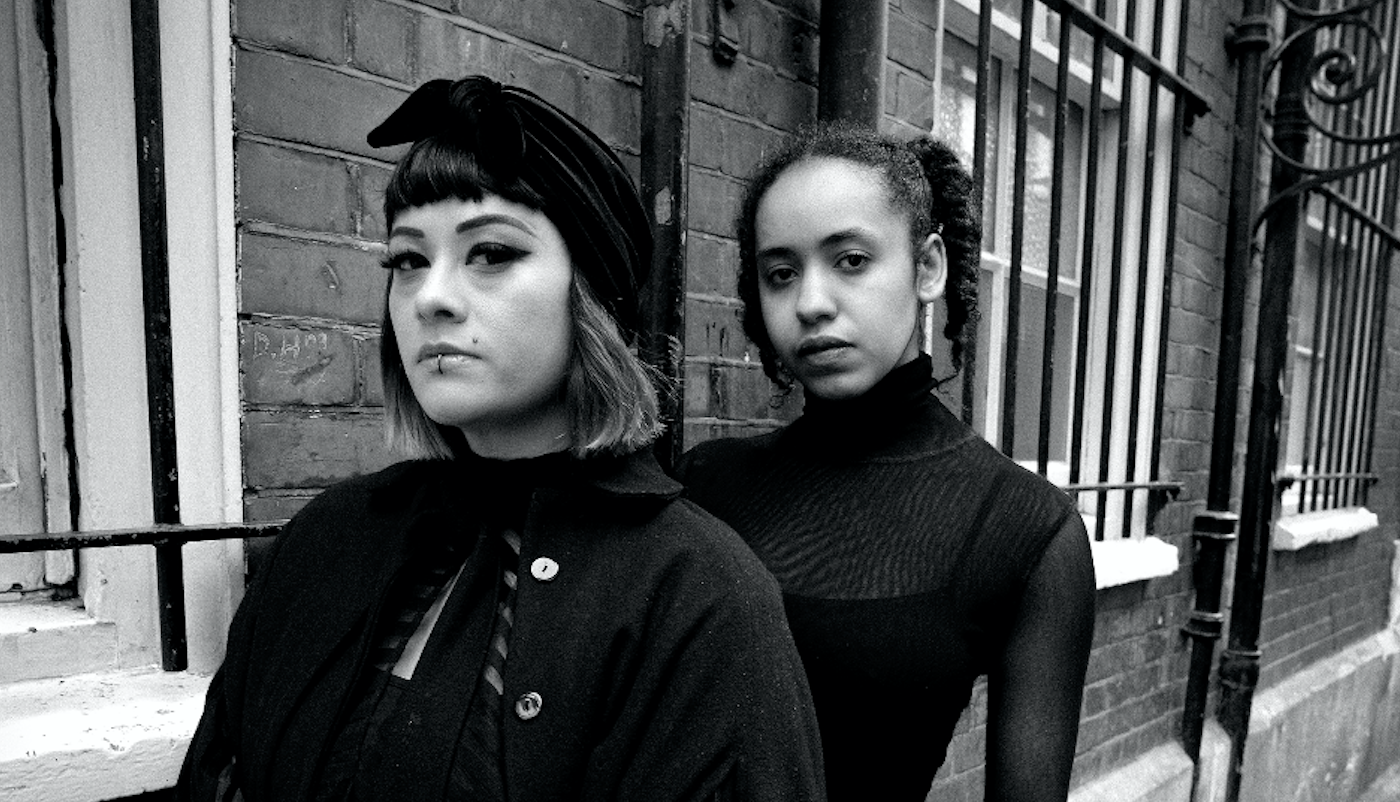 Kimi Otsuka, aka faux naïf, began M II M (mouthiimouth) as an events platform for all EBM (electronic body music), gothic, and dark, industrial sounds. Since its formation in 2018, M III M has been championing these perhaps lesser-known sonics, growing out of a niche underground scene in London and born, in part, out of Kimi’s exposure to alternative clubs in Camden where nights like Full Tilt were pushing the intersection of metal, goth, EBM, and industrial.

On 11th June, Kimi comes to Farringdon for a back-to-back with Proteus (aka Judith Klempner) – a team-up they have dubbed ‘Lilith Marlene’, after the headstrong and fabulous femme fatale and cinema icon Marlene Dietrich. Ahead of their set here at the club, Kimi and Judith met up to discuss the dynamic of their musical pairing and what makes up the LM sound.

In conversation the pair chat about the scene that drew them to gothic sounds and body music, why Marlene Dietrich?, And share some tunes from fellow artists that best represent the Lilith Marlene sound. Crossing into post-punk, dark-wave and synth, Kimi describes what to expect at the club in June, “sort of film noir in audio” – and we wanted to hear all about it.
‍

Judith: How do you feel about taking M II M (mouthiimouth) to fabric for the first time?

Kimi: I am super excited to host a room at fabric. It's an enormous honour to be given the opportunity to do this. Also, sharing the decks with my friends again for the first time in such a long while will be special. It's been so long since I had the strength and energy to do an event. Post-pandemic it's been hard for a lot of promoters, I didn't want to do anything until it felt right for me. I have many ideas and line-ups that I dream about doing. I hope to be able to do one more event before the end of the year.

Most importantly, I think its great that there is room for more of these genres in club spaces, usually we need to go to more niche or underground venues to find it, so I am happy to be able to play to wider audiences, and give some sort of platform for artists producing said genre. Hopefully it will open peoples minds a bit more for the normal relentless thud...

Judith: What first drew you to EBM and goth, and how do you see our sound intersecting with the broader dance music culture in the UK?‍

Kimi: Well, simply put, Camden. As a young teen I spend a lot of time around Camden frequenting alternative club nights, the one that really opened my eyes to the intersections of metal, goth, EBM & industrial was Full Tilt. I was underage and used to get put on the guest list every week as my step dad did security at the Electric Ballroom. I used to go with friends from school and up to the metal room.

Then gradually we gravitated towards the main floor where they played Front 242, Sheep on Drugs, Mesh, My Life With The Thrill Kill Kult etc, and that was basically my gateway into the two genres. Lilith Marlene is therefore the middle ground between EBM and the darker yet less heavier sides of industrial on the fringes of electronic music, the grittier and more cerebral side of the genres.
‍

Kimi on Judith: What do you remember about first time you ever met, or saw them play, or played together?

Kimi: I remember going to see Boy Harsher play at the Shack and you were doing DJ support, I think I even asked you for a track ID. I know you have also been coming to M II M since the first event in 2018 with DVA Damas (RIP) Autumns and Primitive Knot. We knew of each other for a long while and  the first time we ever played together was for Death In Vegas a few months after the first M II M.

I have this memory after the event I did in 2019 with the Brvtalist, we ended up doing a youtube B2B set off my phone in our friends kitchen and we were the only 2 dancing to pure goth tunes, no one else was interested and we were so excited haha! I think that's when we knew a B2B would be fun.‍

Judith: If you had to predict how the set on 11th June is going to be, how would you describe it?

Kimi: Electronic gothic body music. In short. It is going to be dark, but gritty with a groove and of course tinges of goth, sort of film noir in audio.
‍

Judith: Lilith was the first feminist, to me, she represents a headstrong ideal. Taking no shit and standing firm in the face of adversity. When me and Kimi first started working on ideas together, it was the name that jumped out at us! It’s determination and defiance and I love it.

Marlene Dietrich could be described in similar terms, a queer and fabulous icon. Beautiful, courageous, utterly subversive. I remember being at yours and spotting her portrait - it was the first time we realised we both shared this love for her, and for that beautiful era of cinema and culture. Lili Marleen, Lilith Marlene - it’s perfect.‍‍

‍Judith on Kimi: What do you remember about first time you ever met, or saw them play, or played together?‍

Judith: Hmm. Looking back I can’t remember when we first met! It was most likely at Kaos, the epicentre of many beautiful friendships. We were both playing and promoting around the same scene, and I think caught each other's interest musically. Loving a similar vein of underground goth, synth, EBM and Industrial - and representing different facets of it in our parties and sets.

The first show we played together was supporting Death In Vegas in 2018 I think… I have to shout out our best ever B2B though, at an afterparty with a baffled and hungover audience of two. Going head to head rinsing our favourite songs, blasting A Daisy Chain 4 Satan and dancing joyfully. (Room 4 aka Akira’s Kitchen.)
‍

Kimi: Who are some of your favourite artists (past or present) that represent the Lilith Marlene sound?

Kimi: What made you get into djing, how did you start and do you remember your first gig?

Judith: I’ve been DJing since I turned 18, I had a friend I was in adoration of - the first person I ever met who shared my obscure tastes in music. Post Punk and Goth and Industrial and all the rest. Beautiful times telling each other, “I’ve never met anyone who liked The Monochrome Set before!”. We started playing together as a DJ duo, promoting my little goth parties and their Riot Grrl and all female vocal punk/60’s/synth nights. My Dad saved a flyer from my first ever show in 2010. It was on a Tuesday night in Sheffield, for about £30 quid playing goth and coldwave in a local pub. I’ve always loved curating sounds and playing tunes, I think I always will.
‍ 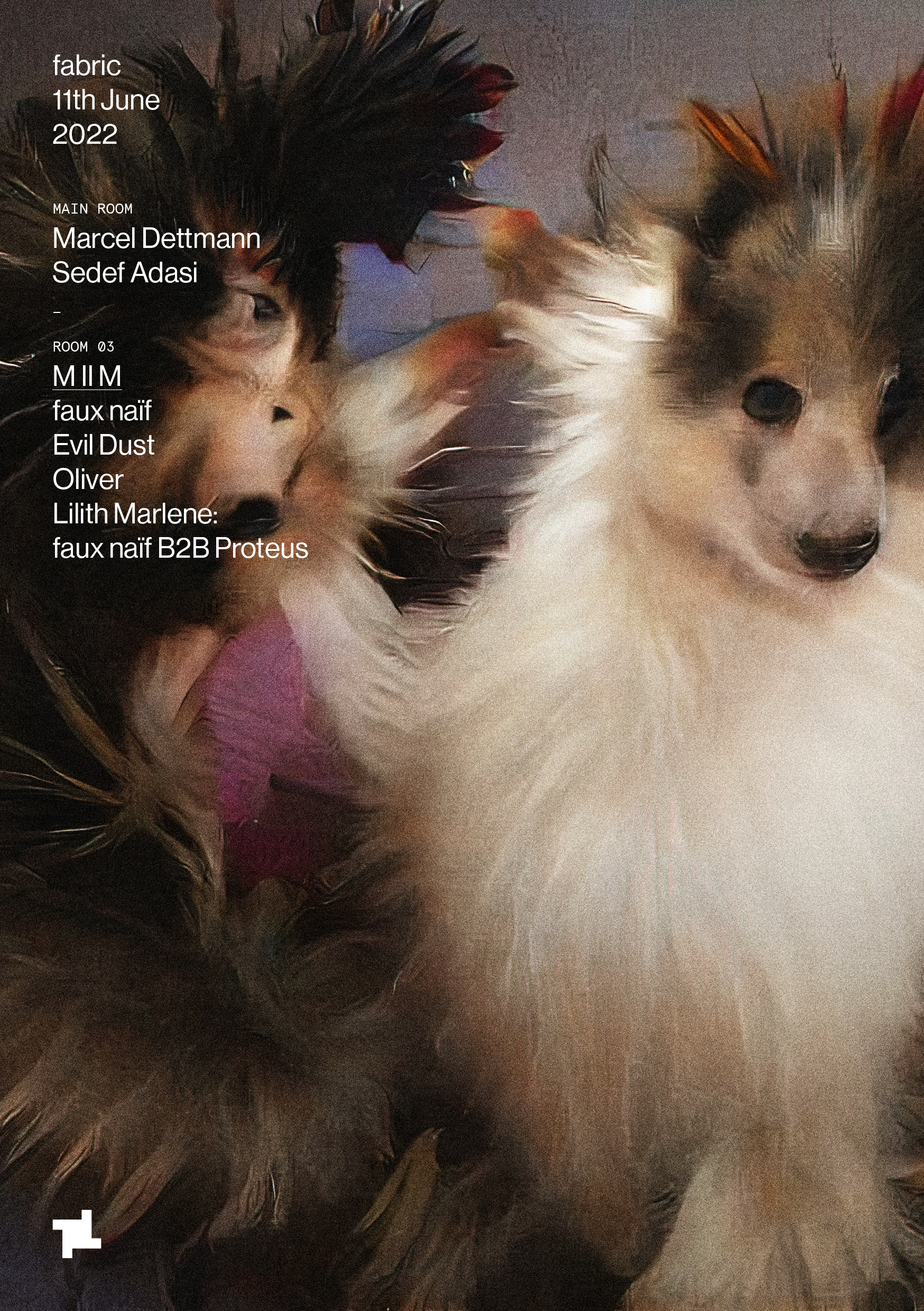