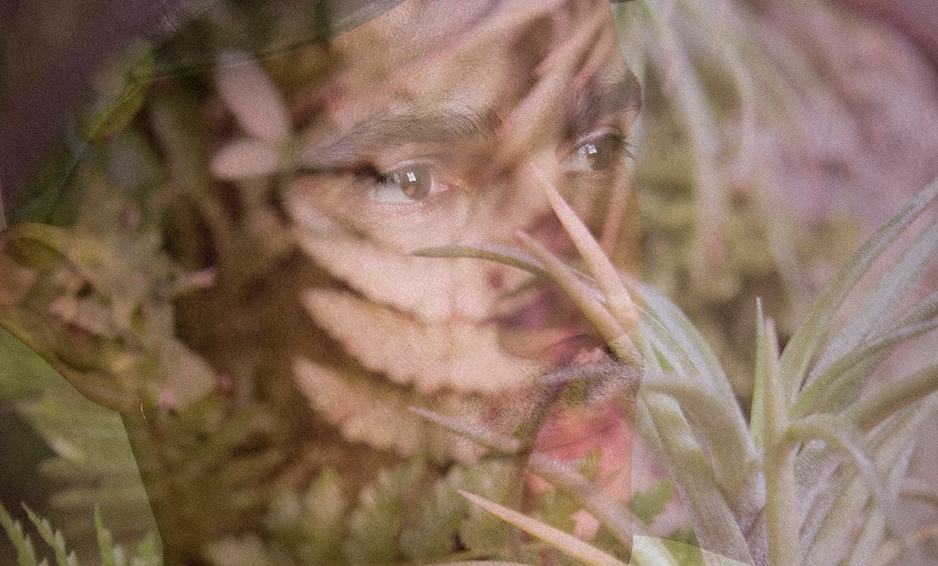 Ahead of the album celebrations this Saturday in Room 2 with Fort Romeau and Alinka, Massimiliano Pagliara reflects on the process behind his new creation.

Massimiliano Pagliara has been creating dance music for decades. The Panorama bar resident is a longstanding figurehead in Berlin’s electronic music scene, and has something of a unique talent for creating music that can be both perfect for kicking back and relaxing to, as well as prime dance-floor pumpers. Last autumn he released his fourth studio album See You In Paradise to a weight of critical acclaim and a warm audience response. It’s a real sonic treat, and an exercise for Massimiliano in flexing his genre-aware muscles as he traverses an array of forms through ten soaring tracks.

See You In Paradise is an accomplished example of how far his sound has come, and a flourishing homage to the decades of musical history that has preceded Massi as well as working as a platform to highlight fellow talent that is bubbling in the scene alongside him. Deep-diving through and expertly traversing italo, pop, techno, nu-disc with captivating synth work and an ear for dance-floor ready heaters, See You In Paradise is putting Massimiliano up there with club music's greats. And, as Resident Advisor commented in their glowing review of the project, never deviates from Massimiliano as the star of the show.

On Saturday night (21st January 2023) he will celebrate the release which first landed in October 2022. A project brought to life in lockdown, when much of the world was quiet, Massimiliano was making sounds beneath the surface, ready to burst back into life when the world re-emerged. A few months on from the project’s release, and a few days before we join forces in Room 2 to celebrate the music, we caught up with Massi to reflect on the process, procedure and musical paradise behind, See You In Paradise.
‍

Can you tell us a little bit about the process behind creating See You In Paradise?

I was working on some tracks and at some point I felt some sort of connection between them. I sensed there was potential for a new album. So, I focused on that and made it happen.I reached out to some friends and artists and asked if they were up for a collaboration. And although it was during lockdown times, and not very easy to meet-up with people, it all worked out pretty well. I am so happy and honoured to have featured such wonderful artists.

It was somewhat challenging time, to work for the first with real instruments, such as a saxophone and a proper Steinway grand-piano.

Meanwhile I was reading Patrick Cowley’s journal, among other books, that inspired me even more and became some sort of common thread. Eventually I came-up with the title for the album, after reading one of Patrick’s passionate anecdotes.

‍The album was created in lockdown, right? Did you find your creative process changed during this time?

I had some rough sketches that were made pre-pandemic and finished during lockdown, together with new stuff as well. My creative process didn’t change much because of that, I simply had more time, as I was not touring. Thus, I could be more focused, for sure.

The full-length album seems to be a wonderful example of how your sound has evolved and become so refined over the years. What separates this album from your previous catalogue of work?

‍Well, I think I learned a lot over these 17 years of music production. It’s been an incredible journey, and although I feel that there is still room for improvement (there always is!), I am happy with what I have achieved so far. Each album or EP that I have released up to date is like a little piece of this story (my life) I am trying to tell, through sounds.
‍
In this sense, I don’t think that this album is much different than my previous ones. The matrix is still the same, it’s just a new chapter and the technique is more refined. I feel more capable and confident now, as opposed to when I started and I had no idea about anything really (I didn’t even know what a synth was or the difference between major and minor tonality, to say the very least).
‍

The album seems, at the same time, evocative of the past, present and future of dance music - were there any key albums or tracks in dance music's history that were pivotal inspirations behind the album?

Some of these stuff in particular, have been on heavy rotation during the making of this album: Global Communication - Transmissions, Steve Reich - Music for 18 Musicians (my track “Mitate” is some sort of homage to this incredible masterpiece), Virtual Dreams (amazing compilation on Music From Memory, featuring lots of great ambient gems from the early 90’s), Patrick Cowley - Mechanical Fantasy Box which came along with his journal as well as old records by The Orb and Don Carlos.

What about contemporary producers, is there anyone in particular influencing you right now?

As I mentioned above, I do listen to different types of music. So yes, I do have a few favourites, such as Alex Kassian, Interstellar Funk, Alinka, Avivx, Eden Burns, Nils Frahm to name but a few.

The album came out in October 2022 - what has the reception and response been like?

Pretty good I think :) Lots of nice reviews and features by the likes of Resident Advisor, Groove Magazine and lots of support by DJs worldwide.
‍

You’ve been described as an artist who has perfected the art of creating music that’s booth dance floor-ready and hugely enjoyable domestic/listen-from-home tracks - we’d say this was true of this album! What’s the secret to creating music with such crossover appeal?

When I make music, I never really decide upfront which direction I have to go. I just go with the flow and let it happen. I am a very eclectic listener and selector, and this reflects as well on my production work. I don’t like to have boundaries and put myself into one specific genre, I try to do whatever I feel like without thinking too much about it. And anyways, I think an album is the perfect place for this kind of situation: there is more of a narrative side, it’s like a movie, with different scenes and vibes, at times more hectic, and other times more atmospheric.
‍

Do you like to play any of the tracks from the album within sets? Any track in particular that really goes well in a club set, or you have a great response to?

Yes I do. During my peak-time slots, I played a lot of “Snap Out” feat. Snax. Everyone seems to love that piano madness :) But also “Nocturnal Prowler” and “Intense Affectionate” work pretty well on the floor. Same for “Reset”, [it’s] been one of my highlights for the late hours.

When I play opening sets at Panorama Bar, I get to play slower stuff as well, such as “Half-time Dreams feat. Init and/or “Pepper On The Tongue” feat. Curses.

Fort Romeau features on "Reset" with Coloray, and will also play alongside you in Room 2 on Saturday - what inspired that collaboration on "Reset"? What do you like about Fort Romeau as an artist?

Mike aka Fort Romeau and I have some history. We have known each other for quite some time now. I first discovered him through a friend who once DJ’d before me, and played his track “Say Something” on 100% Silk. I immediately fell in love with that cosmic-melancholic vibe with a sophisticated touch, that is typical of his music.

Funnily enough, I then found out he was also into my music :) At the time he was a big fan of my “Magic Serials” EP on Live At Robert Johnson. So yeah, it was just a matter of time. And then when he finally moved to Berlin, we managed to get together in the studio and work on some stuff together. This is how our project “The Violet Hour” was born and we released an EP on Cocktail D’Amore Music.

“Reset” was a jam session that we did during that time but never really finished. Mike moved back to the UK and this track was sitting on my hard-drive. I have been listening to it many times and felt like it had to be in the album. So I asked him and he said yes. He then suggested we could add some vocals and mentioned Coloray, whom I didn’t know. That was another little cherry on the cake: Raynor’s voice really is such a beauty!

‍
What can we expect from your set on Saturday night?

Lots of groovy and sexy stuff, from house to disco to techno and all in between.
‍

We're starting a new year and welcoming in 2023 with our new season here at fabric... If you had to select one track from your album, that we could all take with us into the new year, which might you pick?

‍I would go for “Non-Attachment”. 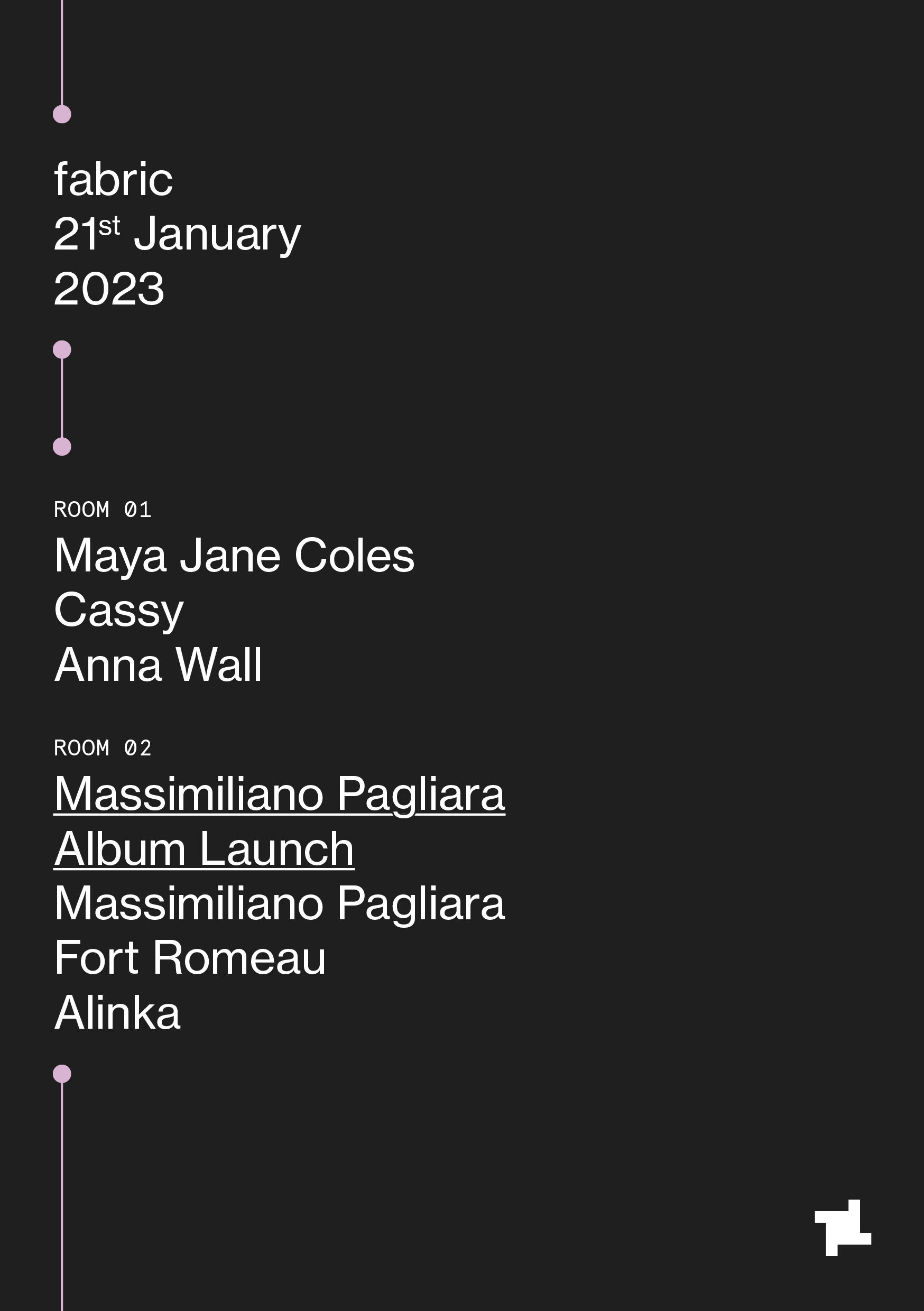