"Leon Vynehall celebrates the release of his new fabric compilation with a two-part event, starting with live performances followed by a club night. From electronica and spoken word to sets from the likes of Jon K and Amaliah, Vynehall has curated something special." – Resident Advisor

Leon Vynehall brings his enigmatic live show to the club on Friday 8th April for a special live performance (7pm- 11pm), before opening up the space for a curated club night (11pm-6am) and DJ set. Support for the live show comes from the captivating electronica of POiSON ANNA (Live) and south London based spoken word artist, musician and DJ James Massiah. The club show line-up features Ryan Elliott, Or:la, Call Super, Huerco S, Avon Blume, Jon K, Amaliah & more, who will all DJ alongside Vynehall himself.

This one-off, two-part event marks the release of Vynehall’s fabric presents compilation, the next instalment of our longstanding mix series. The launch event marks the very first time Vynehall will both perform live and DJ on the same night, under the same roof, and promises an explorative deep-dive into the sounds that influenced the compilation.

"The output of fabric's label holds a special place for me. During my teens into early twenties the musical landscape I was exposed to broadened, and my taste diversified greatly; going to shows, making music, and swapping new finds with friends." – Leon Vynehall

"fabric had a huge part to play in shaping what I heard and was exposed to via their mix & compilation series. The first two I heard were Swayzak's 'fabric 11', and James Murphy & Pat Mahoney's 'FABRICLIVE 36'. Both these CDs helped open the door to a wider palette of sounds. Not only did I delve deeper into the compilations post & prior, but I learned about what I enjoyed when it comes to DJing - dynamics.

"That was the aim of my entry into the fabric discography. A dynamic mix with a cohesive sonic narrative running through it with the club in mind. I feel incredibly lucky to be putting forward my take on something that helped to shape how I approach what I do when I DJ." – Leon Vynehall

Tickets for the live and club show on 8th April available below or here. 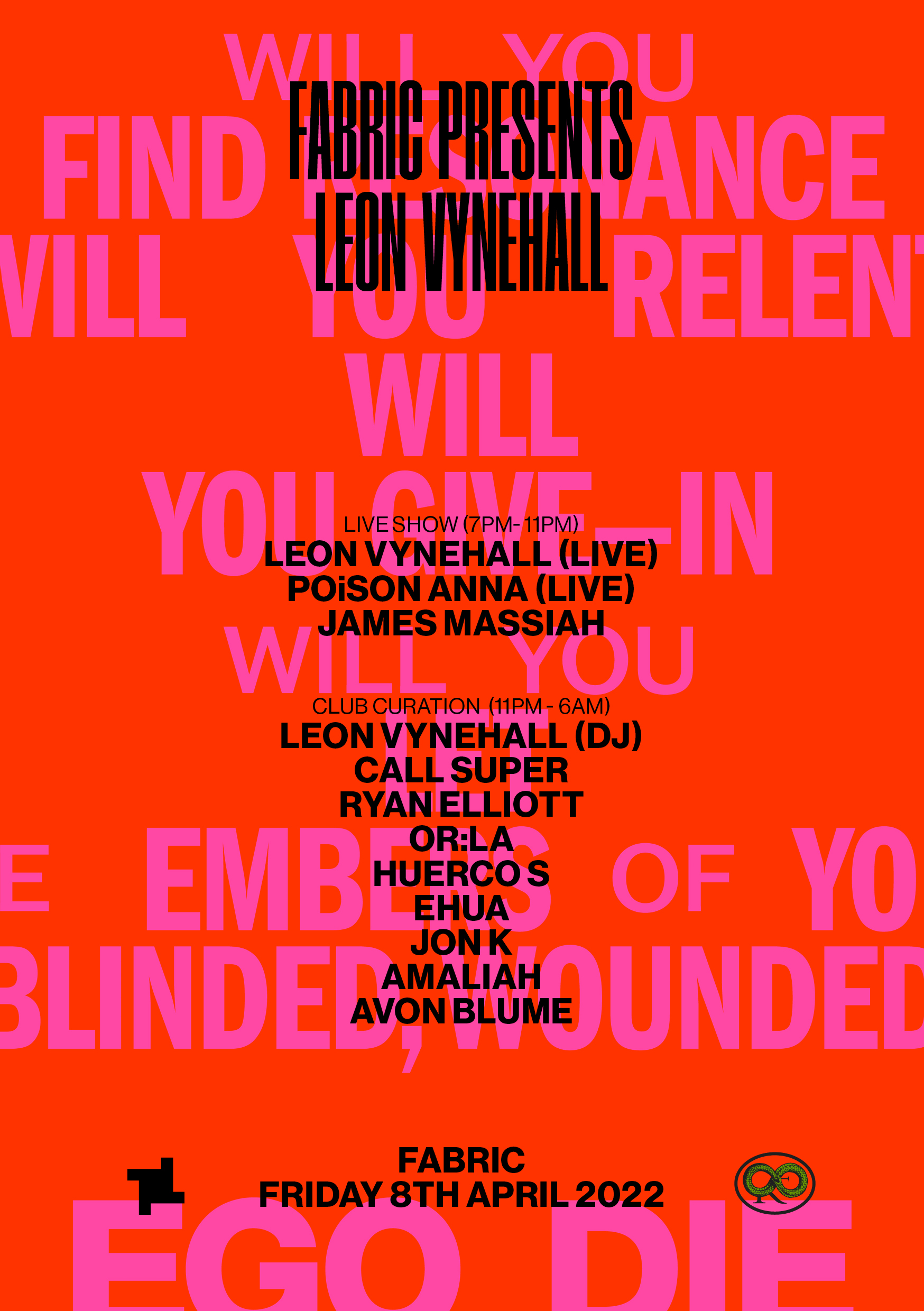