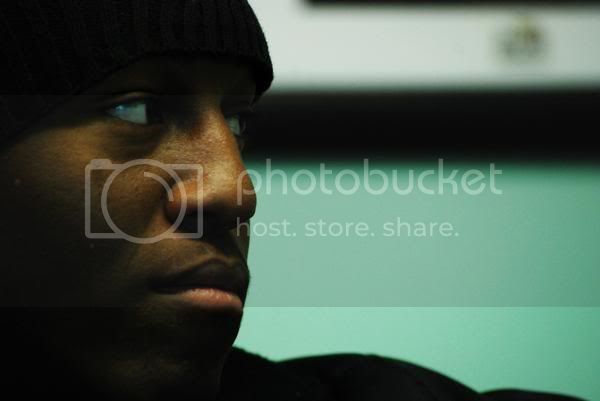 Deadly is one of the biggest MCs to come from outside of the London focused grime scene and he has been doing big things within the grime and bassline scenes and is not stopping anytime soon. I caught up with him to talk music, Birmingham...and moving to Miami? For the people who don't know, who is Deadly? Well, Deadly is a 21 year old artist from Birmingham. I started off working on Hip Hop in a crew called D.S.Q, with members D.T and Candy - who are now R&B artists; Ox - who is also my older brother and who I draw my influence from; and funky house DJ A.D. I then ventured into other types of music as I progressed in my music career. I have been vocalling tunes since the minute I hit year 7 in school, and I was writing and practising even before that, so I have done music for over 10 years now. It was at the age of 14 I formed a grime crew called N.O.D.B with members, Miles, Maybe, Fist, Tempah, Lil G, Ace1 and Lady Fiasco. We were a very tight group and were making a big impact within the grime scene in Birmingham, and many will tell you that we helped to build the grime scene within our city. We were the first crew from Birmingham to go on BBC 1Xtra alongside Devilman and Big Mikee, and I did my first Sidewinder rave not long after my 16th birthday. Birmingham, what is the underground music scene saying up there? I would say the Birmingham music scene is bouncy: one minute it will be hyped and moving up, then the next it will just die down, but lately it is looking very live. All the artists have started to put the work in and now some decent material is coming out of the underground scene. Acts such as Amnesia doing his music videos, Vader (SRE) putting out many mixtapes, A.V doing his M.I.C controllers DVD’s and of course myself, and many more, are some of the people helping push the music game and making it grow. People in Birmingham blame the fact that there are no links down here and that is why the scene isn’t moving, but I say we just need more hard workers like myself, Trilla Jermaine Trilloski and Slick Don who get themselves out there. The Bassline scene is very strong in the Midlands and up North but London hasn't taken to it as expected, why do you think that is? Well to be honest, I never thought London would really like bassline, I always saw bassline as Northern music. But I can say I have performed at Brixton Mass about a year ago spitting grime over bassline and it was very hype, everyone was loving it and Bruza and a few other artists joined me on our set. I think London needs to hear some grimy bassline and I’m sure they will get to like it. It’s only because in London all they hear or know about bassline is ‘Heartbroken’ and other happy party stuff. I have spoken to many 'Bassline MCs' and most of them don't deny the fact that they are straight up Bassline, not Grime or Hip Hop, what MC would you class yourself? If I were to narrow it down I would say I am a grime MC, and the bassline MCs that say they’re bassline MCs are liars because we all started on grime. Don’t make any of them fool you. The only thing is that most of the bassline MCs that are big now were nobodies in grime, hence the reason why they now disown the music. What are your thoughts on the current grime scene? Right now grime is looking very healthy and it’s all because the Londoners that stuck to it. Boy Better Know, Chipmunk, Tinchy Stryder, Wiley and Kano, show people that grime isn’t any joke, this music is serious business. Funky House? I like funky house a lot, but what I don’t like is how fast tunes are being produced. Funky house is being spoiled by the fact that there is no quality control, just like the bassline scene. Every five minutes a new skank is created - people this is not bashment music, please remember that. You recently teamed up with Stay Fresh TV for which you did a video for a grime track, why did you not do it over Bassline? As my heart is in grime, I only do bassline because it keeps my name in everyone’s mouth and it does a lot for my PRS (laughs) but I will be dropping a bassline video real soon. I just want to get the real stuff put down first, then hit party mode. Who in the scene are you rating at the moment? For DJs I would say DJ A.D and Marcus Nasty on the funky, DJ EJ, DJ Murkz and DJ Pantha on the bassline. Most other DJs can’t select tunes or they are just producers that made a couple of tunes and now get bookings. On the artist side I would say, Mayhem, Badness, Dappa, Tazzle, P.R.E, Radier, Menace, Macca, Hitman and Vader. What do you think Birmingham needs to do to get back to the once booming music scene it once was? Birmingham just needs some more grinders, people who are willing to put in the work and make sacrifices for their music career. I personally think that Brum has talent that will make them rich people one day. Your future? I want to live in another country, I’ve not even been on a plane yet at 21 years of age, how sad is that. (laughs) So basically I want to save up and move to somewhere like Miami where there is nice weather and loads of partying, just how I like it! www.myspace.com/nodb
Tags
No items found.