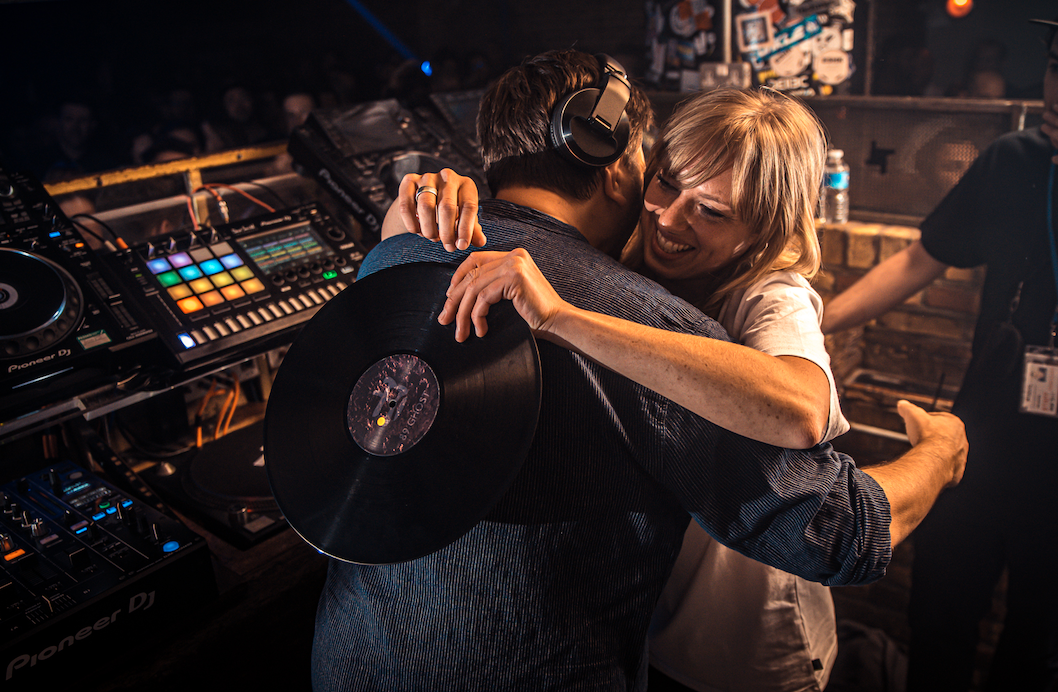 Meet the residents spinning some birthday sets this weekend

Get to know the set times and side endeavours of fabric residents Tapefeed, Harry McCanna, Josh Caffé and Anna Wall ahead of our 23rd Birthday party.

As well as founding and longstanding club residents Craig Richards, Ricardo Villalobos and Terry Francis, a whole host of fabric family are set to play this weekend’s party. From Josh Caffé who brings party and collective Love Child down for a Sunday evening takeover, to Harry McCanna, playing twice over the 30-hours including as part of his label takeover as NorthSouth Records once again returns to Room 3 on the Saturday night. There’s also tantalising techno in store from duo Tapefeed, and a tasty Sunday morning stint from UK underground aficionado Anna Wall.

Keep reading for a run down on what our residents have been up to lately, including some exclusive recorded at fabric content and features, and get the first scoop on when, and where, to find them playing this weekend for our 23rd Birthday.
‍

Alessandro and Rick Vayo are our in house brotherly techno duo. This pair of hard-hitters joined the programme upon reopening in 2021, and have more than earned their keep since, playing several stand out sets including their first ever all night long, alongside some serious heavyweights.Since meeting in London in 2014 and forming their creative collaboration out of a shared love of heavy metal and electronica, Rick and Alessandro have successfully pooled their passion for their aligned sound. Though both DJing, local club residences and producing hard-as-nails techno, their profile has imploded on a local level and beyond.

Alongside releases on labels like Mord, Metempsychosis and Abyss, 2021 saw Tapefeed launch their own imprint Inveterate. The label has been showcasing the duo’s archetypal sound and vision ever since, inviting fellow producers to push boundaries. With such industry interventions, and an unmistakable live presence, Tapefeed are expertly scaling and redefining the perimeters of techno. Expect cutting edge extremities during their set this weekend.

Find Tapefeed open up our techno-led section in Room 2 on the Saturday night, playing 12am-2am ahead of the likes of VTSS, Dax J, JASS and more.
‍
Listen back to On The Move with Tapefeed here.

DJ, producer, label owner and true music head Anna Wall is an integral part of the fabric brick work. As owner of two labels including The Bricks, a house music focused imprint and Dream Theory, here more ambient focused project, Anna has been continuously pushing the music she loves from the artists she’s inspired by. A residency on Rinse FM and signature club-ready and versatile DJ sets that have taken her to venues across the capital, have more than solidified her as key player in London’s, and the country’s, underground club circuit.

Over the years The Bricks has played a key role in introducing producers like Thomas Bulwer and Corbi to the wider world, and Anna has been rising as a solo artist and producer alongside the label’s growth. This past year she’s released a stellar debut LP Missing Moments (The Bricks), done a seriously good Crack Mix and taken over Room 3 with The Bricks crew. Make sure to check out her most recent in-depth interview with The Vinyl Factory where she traces a surprising connection to her foremost musical interest, hip-hop.

‍
Mr McCanna is well on the rise, and we’re putting our cards on the table and predicting big things for him. A beloved member of the family, he’s been smashing it this past year on fabric line-ups featuring the likes of club legends Ricardo Villalobos, Raresh and Craig Richards. Harry runs NorthSouth Records alongside fellow spinners Sam Bangura and Dale Mussington, who all joined us recently for the NorthSouth 5th birthday back in May. All three are back again this weekend for our 23rd the as trio once again take the helm in Room 3.

Recently NorthSouth released the latest EP from Harry (under the alias Henry Hyde) and Sam Bangura, a follow-up from the "tantalisingly sparse tech-house" of the pair's Brainsurfers EP released in January 2022. Through a consistent string of local parties and a dedicated wave of followers in the capital city, NorthSouth continue to become a crew – and a force – to be reckoned with.

Don’t miss Harry alongside Sam Bangura and Dale Mussington in Room 3 on the Saturday section (4am-7am) and solo on Sunday daytime in Room 1 (11am-1pm).

‍
Embedded in London’s underground house and techno world, Josh Caffé is a DJ, producer and vocalist and the formidable frontman of infamous house and techno duo Paranoid London (made up of Gerardo Delgado and Quinn Whalley). With a sound that roams from deeply versatile DJ sets, to live vocal performances that are driving and entrancing in equal measure – a perfect fit for the sleazy, throwback era, acid house, and old school Chicago house Paranoid London produce so well. As fabric resident Josh has stunned and enthralled us on numerous occasions both at the club and elsewhere, including at the English National Opera back in March. Stand out sets like his live show at last year's Birthday have solidified him as more than a regular fabric player - fabric family.

Josh is also one of the masterminds behind beloved London dance music brand and queer party Love Child. Love Child is a collective with a clear-cut aim and has established itself as one of the capital’s best-loved names for seriously good music, and equally good parties. For our 30-hour Birthday, Josh has enlisted Love Child for a Room takeover. Expect a very special showcase from this tight-knit and boundary pushing collective.
‍ 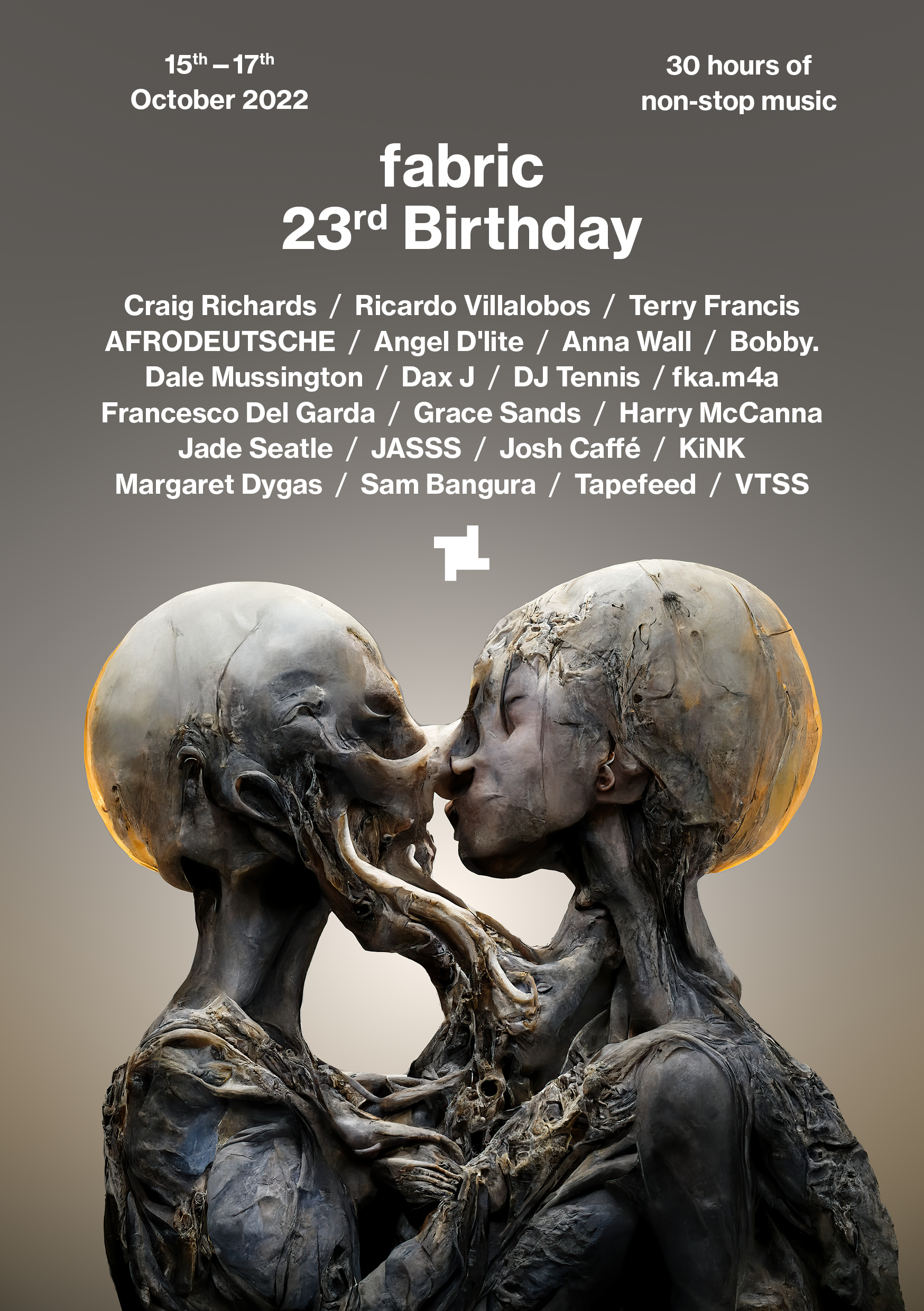