On the Move - Daria Kolosova

The life of a DJ is rarely one of stillness. Constantly on the move, travelling to and from gigs, up and down the country, and across the globe, record bags in hand.

But what do our best-loved DJs listen to when they’re not picking their set selections? Our new feature, On the Move, asks some go-to sound guru’s to stop, pause, and collate their top picks for travel to and from their gigs. For this edition, Kyiv native Daria Kolosova takes us through the tracks that get her in the mood for a night behind the decks.

‍
"To be honest, when I travel from one gig to another, I prefer not to listen to music at all, to relax and clean my mind. Or just sleep on a plane/train/car after sleepless nights. Usually I listen to my favourite tracks before the party to switch my mood. It’s a pretty random selection and completely the opposite of the 147bpm techno I’m mostly playing, let’s call it "a calm before the storm". Here I prepared the music that always keeps me inspired and reflects my mood. Hit play." - Daria Kolosova
‍

Omid 16B - Escape (Driving to Heaven)
‍
The first time I heard this track was almost 10 years ago at the afterparty in my hometown Lugansk. A real masterpiece, such a deep and beautiful track.

Sunchase - Just for you
‍
Track by the most talented Ukrainian drum’n’bass producer in my opinion, always on repeat.

Aphex Twin - Alberto Balsalm
‍
I have a special relationships with this track. I’m a huge Richard’s fan, but never been a big fan of this track, until I met Etapp Kyle (I never told him about that haha).

Etapp Kyle - Ahora
‍
When you live with a producer, you always listen to his music, whenever you want it or not. But I really love this track.

Kosheen - Catch
‍
I’m a kid of 00’s electronic music so no surprise there’s Kosheen in my tracklist. Sometimes you can catch me mixing it with electro and breakbeat in my sets.

Underworld - Cups
‍
Such an Intelligent and nostalgic track. Tip: this one and Coil - The Snow are the best tracks for snowy weather, trust me.

A Tribe Called Quest - Electric Relaxation
Should I say something here? This is timeless. 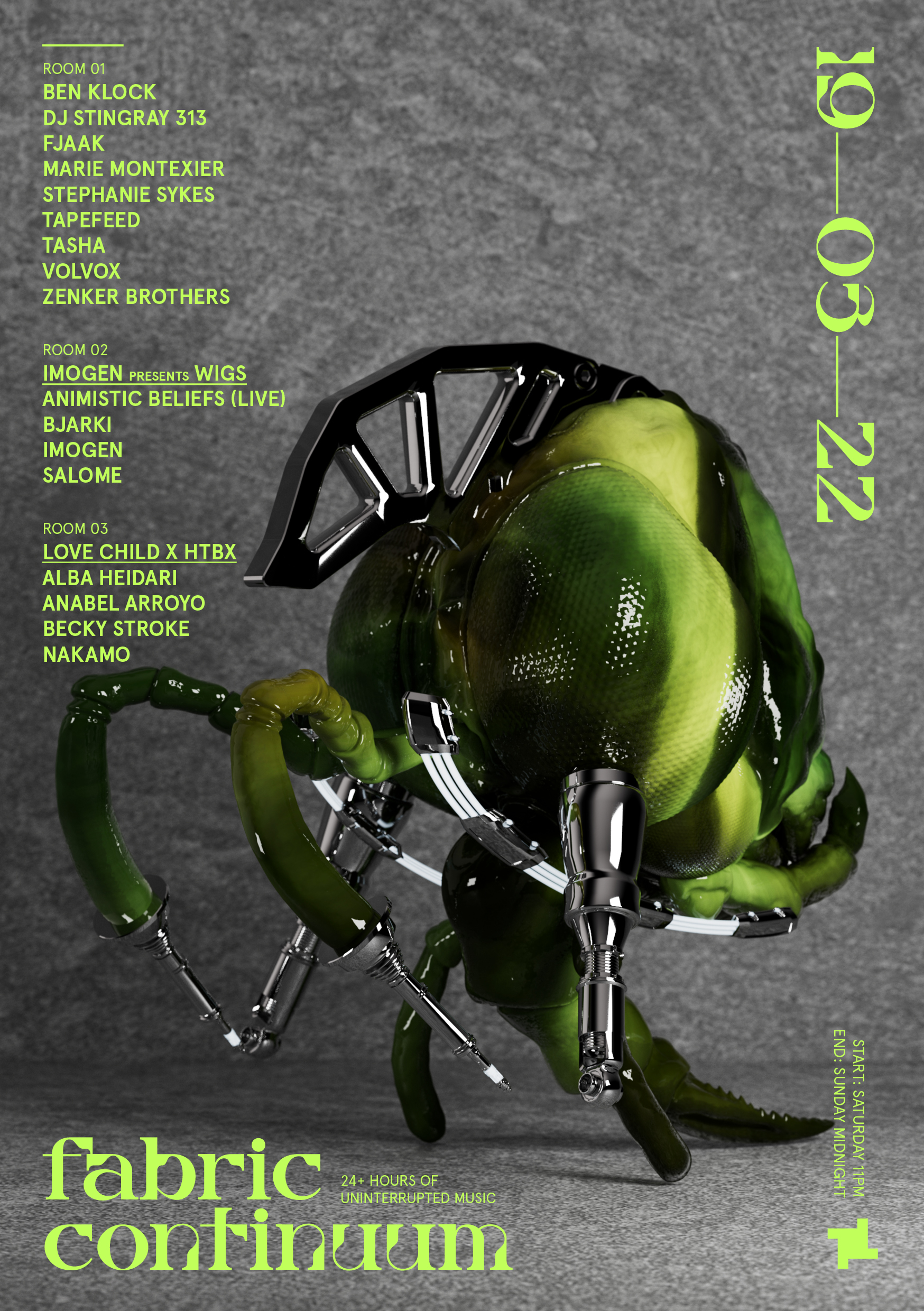