On The Move - Dea

The life of a DJ is rarely one of stillness. Forever in motion across the globe, record bags in hand. For On The Move, we ask our best-loved DJs to stop and pause, asking what they listen to when they’re not picking their set selections.

On 23rd July, we celebrate 12 years of Toi Toi and joining the likes of DJ Masda, Dan Andrei, Harry McCanna and Junki Inoue is Berlin based DJ and producer, Dea. With a background as a classically trained instrumentalist, Dea Dvornik's ear for sound was solidified from an early age. After years of honing her craft as a record collector and respected selector, she released her first EP on Cabaret Recordings with Enrica Falqui as ERIS whilst also contributing to the Fragments of Reality series on 20:20 Vision.

I basically have a soundtrack for every situation; from my yoga practice to travelling. On the plane, I will most likely listen to one of the Necks' albums, they have this ability to zone me out to some kind of meditative state and make the flight pass faster...(I can never fall asleep on the plane so just tripping out to music is as good as it gets for me).

We have a special playlist that Enrica Falqui (half of production duo ERIS) and I like to listen to get in the mood before the gig in a hotel room, that features mostly 80's pop hits. We dance and sing along whilst getting ready (Prince, George Michael, INXS etc...)

And my slightly high and no appointments playlist on Spotify is packed with after the after party chilled vibes, I come to that one a lot, and always add new tracks I find along the way that fit the vibe, a lot of my friends are subscribed to it :)

I start with this one as it carries a strong message, and I believe using music as a thought provoking / consciousness expanding tool is important, now maybe more than ever. This one made me cry a bit the first time I heard it at a very particular moment.

This one would definitely be on my life’s soundtrack. This whole album is so incredibly deep and mesmerising. I keep listening to it for over 15 years and I have been a lot of different people in that chunk of time, and each and every one of them fell in love with this album, over a different track though. :)
First Class is the one that resonated the most when I first heard this album back in 2007. 10 years later another track from this album cut deep and found itself as a closing of My very personal Own Jupiter mix. The album which reminds me that Music is Magic. :)

Speaking of the magic of music brings me to its healing potential. This is an interpretation of the very powerful and ancient Hindu Moola mantra that I was already  familiar with through my yoga practice, but this version I first heard in an Ayahuasca ceremony in 2012 and in that particular moment it served as a portal for me to have a sneak peak into a higher dimension, and bring a little piece of that back with me. I find myself coming back to it when on the darker side of my very broad emotional spectrum and it has this magic ability to restore me back to bliss without the use of any other medium. Another track that I use to literally raise my vibration.‍

I would listen to it while juggling 2 jobs and going to the studio on my bike to lift my spirit up and get me into that easy flow with life even when things are hard and seemingly fruitless. ‍

This is my favourite from the album I discovered recently and instantly fell in love with. Can be heard often in my temple, on a candlelit evening, as I am drawing a bath and tending to myself or us…‍

‍It's one of my favourite tracks ever from one of my favourite albums ever. K&D Sessions; which is still as relevant and played in my life now as it was in my late teens when I first discovered this duo, whose music had a great role in shaping my music DNA. One of those I keep coming back to and it just gets better.‍

Other ways I am using music is to evoke a feeling or a memory of a person or re-live a moment that happened in the past. Over a period of time my boyfriend and I were in a long-distance relationship, with me being the person that literally hates all kinds of phone/video calls. One way we kept connected was through a shared Spotify playlist where each of us would add tracks that would serve as a messenger or a memento. This one was added by my boyfriend, and would always bring a smile to my face when I missed him and went to that playlist to tap into his spirit.‍

Dining Rooms - Teach me to dance

‍One of the recent releases from the duo whose work I love and follow. I chose it as it resonates strongly with how I feel about life; perceiving it more as a dance and letting it take me where it will, rather then a journey to a certain point I think i should arrive to, and I think it’s the essence of what I bring into life or teach those very close to me, all the while feeding on their own magic that I might be lacking.‍

‍Now, this might be my favourite Prince track. My mum is a huge fan and had his Diamond & Pearls CD and I remember Cream being my favourite since those times. Today I use it as a sort of pre-gig pep talk hahahaha. If you pay attention you realise that’s exactly what it is, remember that music is magic and I think most great artists figured that out at some point.‍

‍This is a track by my late uncle Dino with whom I share many of the same gifts and curses.This one really channels his energy and essence and I come to it whenever I wish to invoke and connect to his spirit. Just recently as I was feeling completely drained and overwhelmed by life, smoking a spliff on my balcony, in the middle of Neukolln, Berlin, I looked at the night sky and asked for help from my cosmic support team (my late grandparents and Dino) and I also asked for a sign, if they hear me to let me know somehow. Hours later somebody in the neighbourhood played this track so loud I could not identify where it's coming from but I could hear it clearly in my apartment through the open windows. It was the first time ever in 5 years I live in Berlin that I have ever heard my uncle’s music being played in the city by someone other than me. <3
‍ 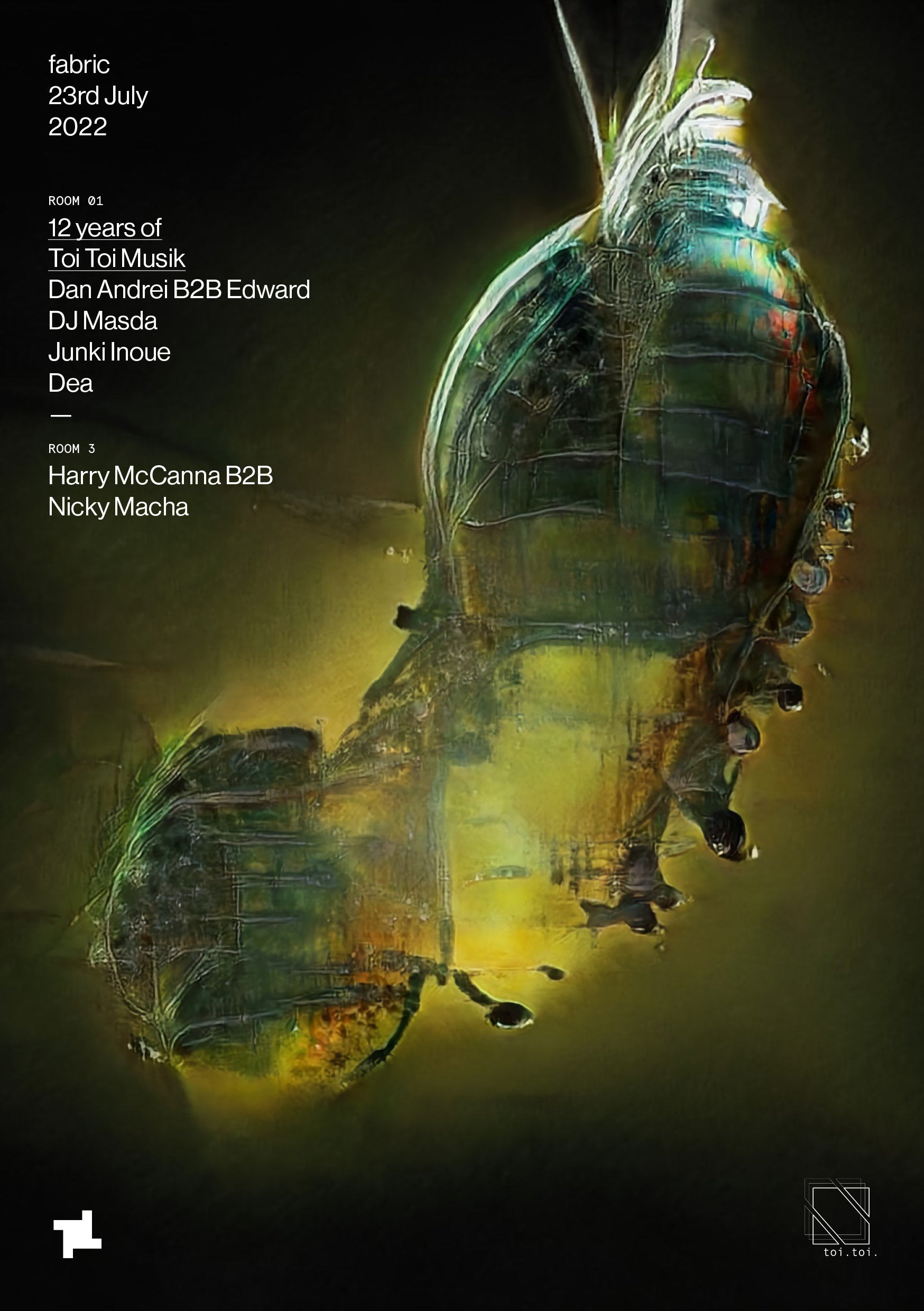