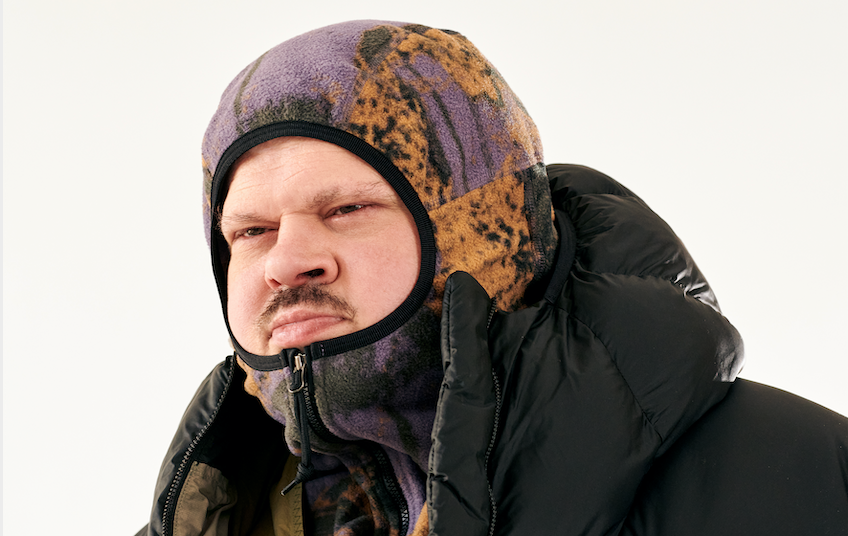 As a DJ Teki Latex is experimental and playful, with a sound that taps into all sorts, from party music, italo disco, hip-hop, the groovy end of techno and beyond. But Teki Latex is also well known for his affinity with fashion, particularly outdoors, vintage designer, sports and street wear. In 2019 the Parisian DJ and Sound Pellegrino founder told Mixmag that "you need to know the history of fashion before you find your thing,” and it's quite clear that this self-described ‘King  of blends’ knows his stuff.

Latex first started out as a rapper in the revered progressive French Rap group TTC, so it’s perhaps unsurprising that so much of his dress sense and style reflects hip-hop culture – from Ralph Lauren Polo, the Clarks Wallabee, to vintage Nike ACG. Hip-hop’s relation with athletic brands is well documented and perhaps unique, first emerging in the 1970s and 80s African American and Latino urban neighbourhoods, hip-hop and its creators developed a symbiotic relationship with sneaker culture and athletic brands like Nike, Reebok, Adidas and New Balance - a dialogue that often found it way into the raps themselves; “I sport New Balance sneakers to avoid a narrow path…” once rapped Phife Dawg, “We took the beat from the street and put it on TV, My Adidas are seen on the movie screen –” said Run D.MC, and “pair of bright phat yellow Air Max, Hit the racks stack ’em up, Son $20 off no tax” – was Ghostface Killah of course. In return big brands have capitalised off the culture, to the extent that, as fashion platform Grailed argue, “rappers and those closely associated with hip-hop culture dictate what sells and what doesn’t in the sneaker industry today.” Even the iconic Wallabee, despite being an originally British shoe, became an item largely connected with hip-hop culture, famously seen on the likes of MF Doom and Wu Tang Clan’s Ghostface Killah  – a noted style icon of Teki himself.
‍

Teki’s style calls on this long-standing relation of fashion and hip-hop music, as well as referencing several other facets and fashion subcultures. He also reflects a more recent trend too; unless you’ve been living under a rock, you’ll have noticed the increasing popularity of technical wear, gorpcore, and outdoors brands over the past few years, particularly post-pandemic. Brands and sub brands like Nike NCG, GORE-TEX, Berghaus, Columbia, Arc’teryx, Salomon and Patagonia, have been making their way into Instagram accounts like 114 index, Advanced Rock and Curation Technique, representing a new trend of repurposing outdoor wear in urban fashion. In his Mixmag interview Teki brings this, what might be seen as a more current fashion trend, back around to hip-hop. “I’m into functional clothing inspired by mountaineering and hiking,” he explains, “People in hip-hop are into these clothes from being on the streets, hustling or doing graffiti. You need clothes that are comfortable and beat the weather…”

It's also unsurprising that generally, so many of electronic music’s key players and underground stars are becoming more and more intertwined with fashion. Stussy and Goldie have (finally) collaborated, Goodhood run a playlist series having scoped out NTS favourites like Zakia, Donna Leak and Macca, while retailer END. have interviewed UK underground DJs like Leon Vynehall and most recently the chart-topping Interplanetary Criminal and Manchester club Hidden for a celebration of the Nike Air Max 97. One works to benefit the other, and the history of streetwear, outdoors and sports brands and music speaks for itself. So much so, are music and fashion becoming one and the same? Perhaps they always have been. Music and fashion have always been inherently connected, they’ve influenced one another from the start and continue to work in a dialogue with each other, everywhere we look.

But back to the main man. If anyone can sum up this connection it's Teki Latex. Clearly prepped and ready to go with an encyclopaedic knowledge of style and its enduring connection to music, we asked Teki, what tune might he ascribe to his favourite and essential garms? The result - perhaps the perfect feature. In doing so Teki Latex ascribes connection between iconic fashion pieces from Oi Polloi, Nike ACG, The North Face and more with their proposed musical counterpart – rave-sounds, hip-hop tracks, and from techno anthems from Anz, Smiff N Wessun, Puff Daddy, Cam’ron and X CLUB.

‍
“You know I had to start with some ACG. These days utility vests are everywhere but trust me it is hard to find one as good and versatile as the new ACG Buttles, a light mesh 13(!)-pocket hybrid of a fishing vest and a photographer's vest. You can layer it over your jacket, or use it as a lining. I personally love wearing that type of vest when I'm out DJing. I can stuff my phone + charger, headphones, USB and whatever else I need in those pockets and it's all handy dandy. Style-wise it'll make you look like that dancehall don on the chorus in the video for classic brooklyn anthem Soundbwoy Bureill by Smiff N Wessun.”
‍

‍
“Despite it being born in Newcastle I always tend to associate outerwear brand Berghaus with Manchester where it has always been super popular notably amongst the city's historical graffiti and rave scenes. So much so that legendary Manchester shop Oi Polloi are collaborating with them on reissuing the Ice Cap 78 Down Jacket right on time for the colder season. It's a modern reinvention of a classic which makes me think of the timeless rave-ready music played and made by awesome Manchester-based producer Anz.”
‍

“RLX is the technical side of Polo Ralph Lauren and lately it's been releasing wonderful stuff again in the spirit of its heyday in the 2000s when P Diddy was piloting snowmobiles rocking immaculate white RLX parkas. That Jacket lives at the intersection of Gorpcore and Jiggy if you ask me. It should be worn while listening to Puff Daddy and Ma$e's jiggy anthem Can't Nobody Hold Me Down and doing that little Rolex dance they do. ‘Ma$e can you please stop smoking lala? Puff why try i'm a thug imma die high.’"
‍

“The North Face's RMST line is a remaster of the brand's iconic jackets such as the Nuptse, the Denali and the Himalayan incorporating modern materials and technologies into these classic designs. The Himalayan parka is a dope, cosy oversized jacket initially made for extreme climbing which was soon co-opted by hustlers and city dwellers on the East coast of the US, making it a staple of the hip-hop wardrobe. This youtube clip from a DJ Clue mixtape includes a picture of Harlem World representative Cardan rocking a yellow/black colorway of the OG Himalayan in between two awesome Cam'ron verses.”
‍

“Oakley are once again teaming up with design studio Brain Dead for a handful of shoes including this timeless Flesh Sandal coming back in full leather & lycra glory. A must have for all outerwear enthusiasts. If this shoe was an aerodynamic ancient alien amphibian hovering spacecraft what would I be listening to while piloting it? Probably some Drexciya or X-CLUB’s Habitual Drum Loop No.08 my techno anthem for the winter released on Miley Serious's 99ct Records."
‍
‍ 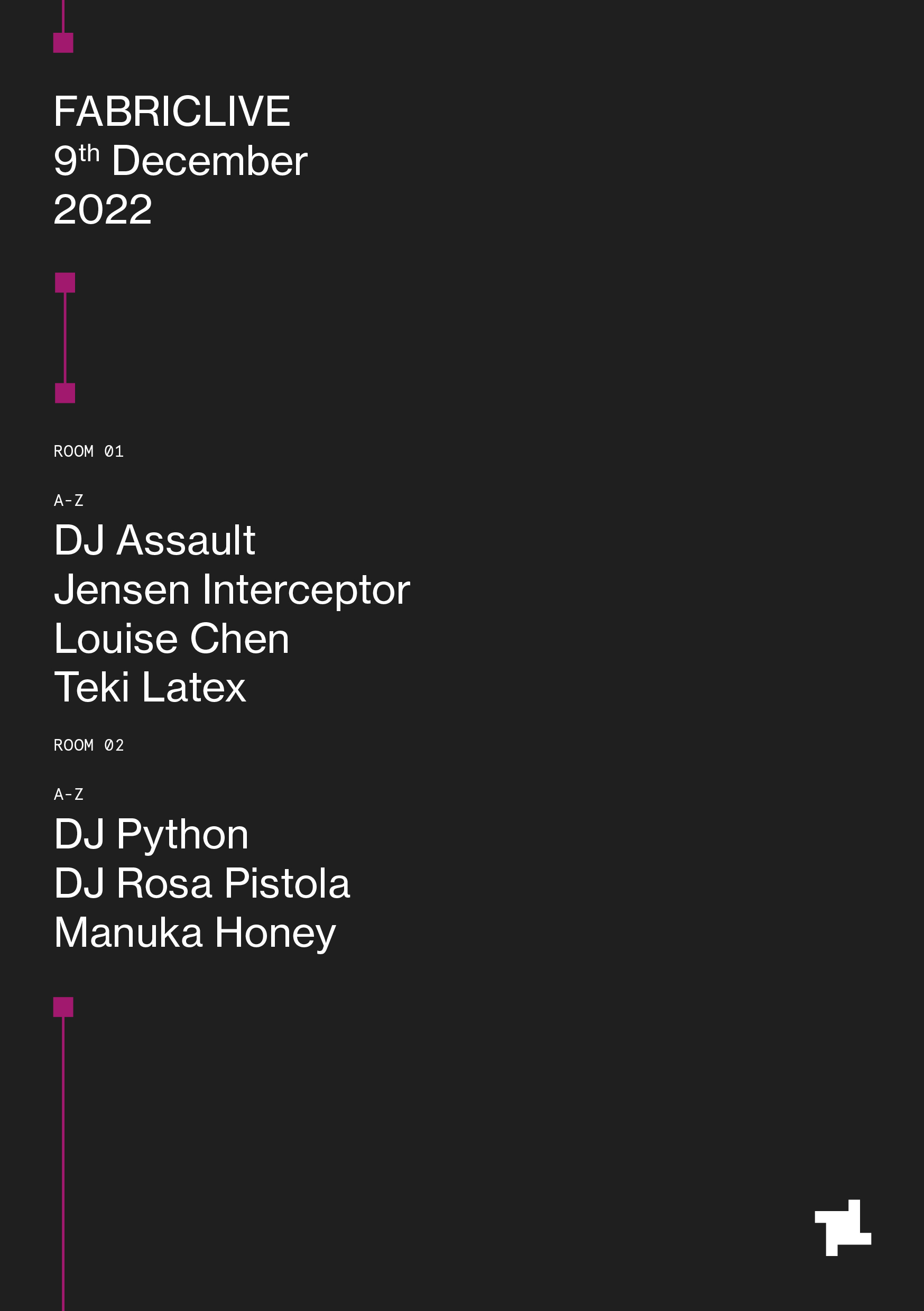